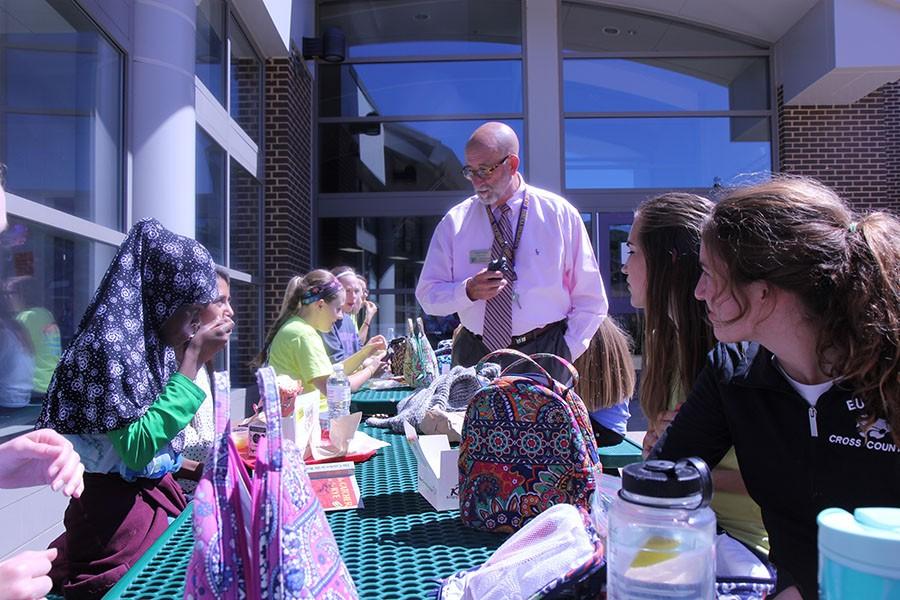 A new face in the crowd: Getting to know Mr. Crouther

A slight man of 5’7”, Mr. Charles Crouther, interim head principal, fills up a space exponentially larger than his frame.

“My first impression of Mr. Crouther was that he was really welcoming and friendly,” Taylor Parish (11) said. “He had a conversation with me and asked me my name, how old I was, what am I involved in at Eureka and then he said, ‘Oh that’s amazing; it’s so nice to meet you.’ He’s a really cool guy.”

Mr. Crouther didn’t come to EHS by chance.  He didn’t even apply. He came with the highest recommendation in the Rockwood School District from Dr. Eric Knost, superintendent.

“He just seemed like the absolute right recipe for getting us from point A to point B. Eureka has had a lot of deaths. From the teacher [Mr. William Gillespie] who was killed in a motorcycle accident, to the student deaths, Eureka needs to heal. In the midst of trying to heal, you have this disruption in leadership,” Dr. Knost said. “That’s a tough situation for an organization that’s all about lifting students and staff up, trying to have unity and community.”

Dr. Knost had Mr. Couther as a band teacher then student-taught for Mr. Crouther. As a teacher, Dr. Knost even had two of Mr. Crouther’s kids in class. They stayed in touch over the years and went back to school around the same time to further their careers in education.

“Good teachers empower students to feel like they are really good and that they have the ability to succeed, and he did that with me as a kid. I wanted to be just like the guy from the first day I met him,” Dr. Knost said. “He is largely responsible for me going into education. I saw the lives he was impacting, and I wanted to be a teacher just like him. I never dreamed that I’d go into administration. I never had aspirations to be a principal or an assistant superintendent, much less a superintendent. So if you take Charlie Crouther out of my life, I’m not here doing this. I’m not here in Rockwood.”

Mr. Crouther has quickly immersed himself in the student and staff body here.

Crouching down next to students at lunch or even sitting with them at their tables during the second week of school, he tried to prompt the students to pledge to safe driving practices online. Gripping their attention by picking up a students phone off their lunch table, he explained how easy it would be for them and their friends to win $10,000 for their school with their phones. He’d saunter away from each table he visited leaving laughter from the students behind as he set his eyes on the next table of kids to go talk to.

“He picked up my phone, and I was like ‘ohhhh,’” Brady Leuthauser (11) said. “But he gave it back, so it was okay. I thought it was awesome that he came around to our tables and introduced himself and got involved with the students.”

Seeing Mr. Crouther walk around and talk to students and staff  is a  normal, everyday routine. Whether talking with students in the Commons before school, or walking and talking to students in the hallway during passing periods, he’s been making his presence known.

“He doesn’t like sending emails, so usually if you write him a message he comes and finds you, which is really nice,” Mrs. Diane Bashirian, Art teacher, said. “I feel like I’ve talked to him more in the time that he’s been here than I have talked to other principals in an entire year or two. So I appreciate that. It makes me kind of sad that we only have him for a year because I do really like him.”

Socializing with all types of people comes very easily to Mr. Crouther, and he makes it a priority.

“You’ve got to talk to people to figure out what’s going on and how they feel,” Mr. Crouther said. “If there’s a problem, it’s kind of like how the old story goes ‘if there’s something broken, we can’t fix it if we don’t know it’s broken.’ We’ve got to communicate to figure out what we need to do to always make things better.”

His ability to communicate has left a lasting impression.

“I can remember in high school going through a break up with a girlfriend, and you know that’s devastating when you’re a high school student,” Dr. Knost said. “I was probably just walking around like a zombie, and he could tell something was different. He had this way where he met with me and pulled me aside and said, ‘I don’t know what’s going on over there, but–to be honest with you–that doesn’t really interest me. What I’m interested in is you’re a leader in my program.’ He just exalted me and built me up and suddenly I felt like I was bigger than life no matter what I was dealing with. That’s what he has, and I don’t even think he realizes it.”

“I have many favorite colors, but I always have liked purple. Always. I had a really nice pair of purple socks that I wore so much and then had to throw them away,” Mr. Crouther said. “I just love purple, and I’m not just saying that because I’m here. It’s the truth. It made me happy to find out one of this school’s colors is purple.”

He’s happy to be here. Opening doors for others, pulling out chairs for women, shaking hands and leaning closer to an individual so that he can hear what they’re saying. All create an impression on the people he encounters. Mr. Crouther’s polite mannerisms stand out.

Jumping out of retirement to become the interim principal, he’s still energetic as ever, joining Catpound at the varsity football game against Oakville. He walked right up and stood in between Julie Thornburgh and Garrett Witte (12) on the front row of the bleachers, a refreshing surprise.

“He obviously looks serious and straight faced,” Thornburgh said. “But he’s really funny and a really nice guy. He even will have a genuine conversation with you.”

Framed 20” x 30” posters of pianos and trumpets and other instruments decorate Mr. Crouther’s walls. His phone rings the rock classic “Carry on Wayward Son” by the 70’s rock band Kansas. Occasionally he hums a Christmas jingle or two. Formally a band director for 25 years, he worked at three different high schools: Bayless, Windsor and Ste. Genevieve.

“He’s always been very magnetic. A ‘kid magnet’ is what we used to call him when he was a teacher,” Dr. Knost said. “Students just gravitated to him because he’s a true advocate for kids and staff alike, which is why he does so well as a principal.”

With 35 years in schools, Mr. Crouther comes with experience. During his six years in retirement when he wasn’t taking cruises with his wife, Michelle, or watching his grandkids at taekwondo, he was still involved in education.

“He’s somebody who clearly has experience to help EHS become a better and stronger school,” Mr. Brian Clar, Social Studies teacher, said. “There’s always questions about why things happen and how things are run in a school, and in my dealings with him he’s been incredibly honest, a great listener and a great leader.”

If you want a picture to show with your comment, go get a gravatar.

The fashion of 2020 is, to say the least, very out there. Since quarantine people have started to do a lot of shopping online and showing their st... 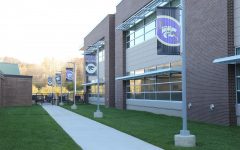 Eureka welcomes the Class of 2024

What is Eureka’s art?

Art is defined as “the expression or application of human creative skill and imagination, producing works to be appreciated primarily for their beau... 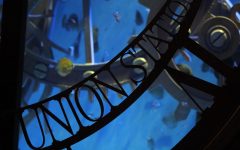 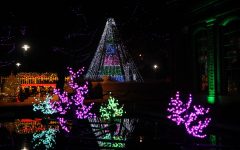 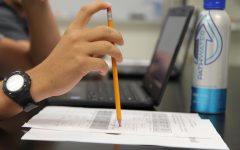 College Challenges: How COVID-19 has changed the world of college admissions. 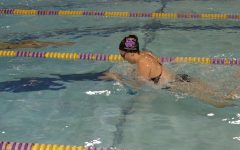 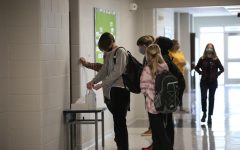 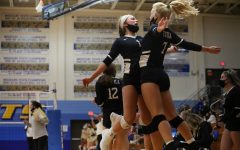 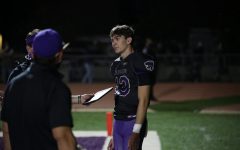 A long road to recovery: Carter Davis makes a comeback for his senior year