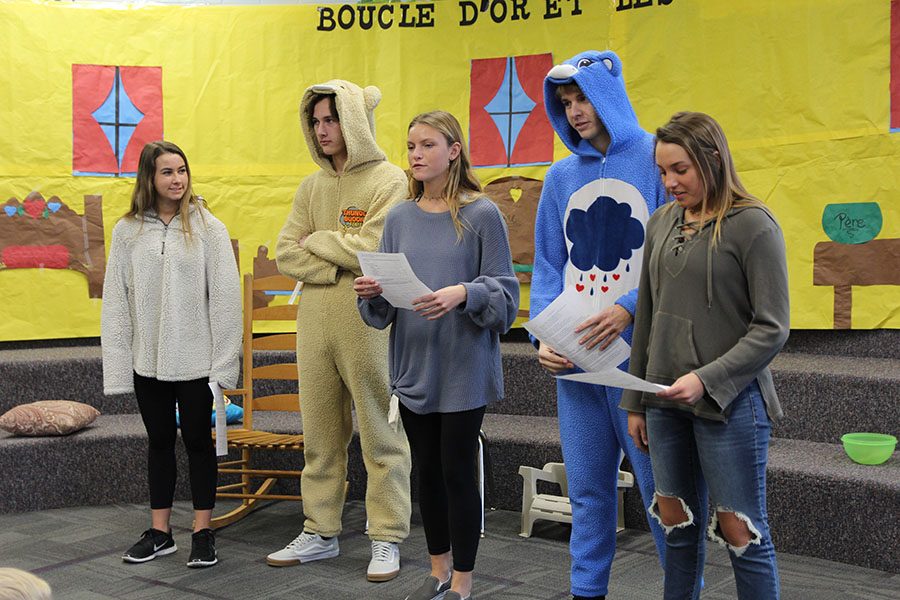 French students take advantage of every local opportunity they get in order to expand their understanding about their language of study.

“We went to the Art Museum,” Tyler Conley, French 4, said. “There was a lot of French art there. I liked the paintings, and I like to look at museums. That was just one way that I could know more about the artwork that was there from our subjects.”

But opportunities to have a further connection with the language don’t just happen outside of the classroom. Making connections with other French speakers, no matter the level, brings meaning to all learners in different ways.

“My family is from Morocco,” Rihana O’Malley, AP French, said. “They all speak French so it’s helped me connect with them further because I can actually converse with them in a way that I haven’t been able to before.”

Other activities hosted by the French Department include

There are 220 million French speakers around the world that, through their language, see the world differently from English speakers.

“I went to the Zoo,” Madison Spiegel, French 3, said. “It opened my eyes to how French speakers see animals and what the perspective is for them. We had French speakers come with us and you can see the difference. For example, a monkey to us was brown but they put more description behind it. They are a lot deeper in their perspectives since they have a lot o art and culture there.”

By making strides in the language at EHS, there are more chances to grow into global citizens.

“It used to be that we all used to lived in our own cities and our own counties,” Bradley Klages, World Language Department supervisor, said. “But now the whole world is all one and everybody needs to learn another language.”

About 43% of the world is able to communicate in an additional language.